San Francisco Awakko-Ren and Awa Odori Tokushima-Ren are the only dance groups in the United States dedicated to the promotion and preservation of the Awa Odori dance. The dance groups will make its inaugural parade appearance at this year’s 45th Annual Northern California Cherry Blossom Festival. The dance group will take its place in the grand parade procession among other dance groups and decorative floats.
San Francisco Awakko-ren is a new Awa Odori dancing group founded in 2011.
“The two Awa Odori Groups will come together and make one dance group for the parade this year,” said Rimiko Berreman, director for the Northern California group.
“Today, we join with Awa-odori Tokushima-Ren from Los Angeles. We didn't know each other before, but both group are now working together for getting ready for the parade,” she added.
Tokushima-Ren is based in Los Angeles and has been performing at many Japanese cultural events since 2005. The artistic director is Machiko Fujii originally from Tokushima-ken, Japan and has been teaching Awa Odori dance since 2005.
The Awa-Odori (dance) is characterized by irregular steps and by the jovial and energetic up-tempo rhythm. Separated into groups of men and women, the dancers parade through the city while dancing to music played on drums, gongs used when praying to Buddha and at festivals, three-stringed Japanese musical instruments, and flutes. The basic rule of this dance is to move your right arm forward with your right leg and your left arm forward with your left leg in turns to the two-beat rhythm.
This simple and cheerful dance entertainment is one of the most famous summer festivals in Japan. During the festival, which is held for four days from August 12th to 15th every year, downtown Tokushima City is filled with street dancing teams, with the core on the southern avenue stretching from Tokushima Station. People dance everywhere, on the main streets, in small squares or even on back streets. More than 1.3 million tourists enchanted by the fervor of the festival visit Tokushima, formerly known as Awa.
Awa Odori as a huge, city-wide dance party is believed to have begun in 1586 when Lord Hachisuka Iemasa, the daimyo of Awa Province hosted a drunken celebration of the opening of Tokushima Castle. The locals, having consumed a great amount of sake, began to drunkenly weave and stumble back and forth. Others picked up commonly available musical instruments and began to play a simple, rhythmic song, to which the revelers invented lyrics.
Awa-odori is the largest dance festival in Japan and boasts a history of over 400 years in Tokushima Prefecture.  Every year, more than 1,000 groups dance in the festival and it brings 1.3 million tourists to Tokushima.
San Francisco Awakko-Ren (Northern California Tokushima Kenjin-kai) has a web page, but it is written in Japanese, http://bayarea-awakko.blogspot.com. 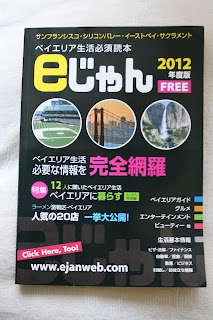